As the Russia Ukraine war enters day 8, Russia has continued its attacks on Ukrainian cities with a lengthy convoy of Russian tanks and other vehicles advancing toward the capital city of Kyiv. European Union (EU) Member States have granted unrestricted access to Ukrainians and other nationals escaping Ukraine, including Kenyans.

With the intensified advancement of Russian troops into Ukraine on the 8th day since its invasion, the EU Member States have waived the entry requirements granted unrestricted access nationals escaping Ukraine, including Kenyans.

DP Dr. William Ruto speaking in Maryland in the US on Wednesday 2 March, condemned the recent reports of discrimination of Africans evacuating from Ukraine since Russia launched an invasion to the country. 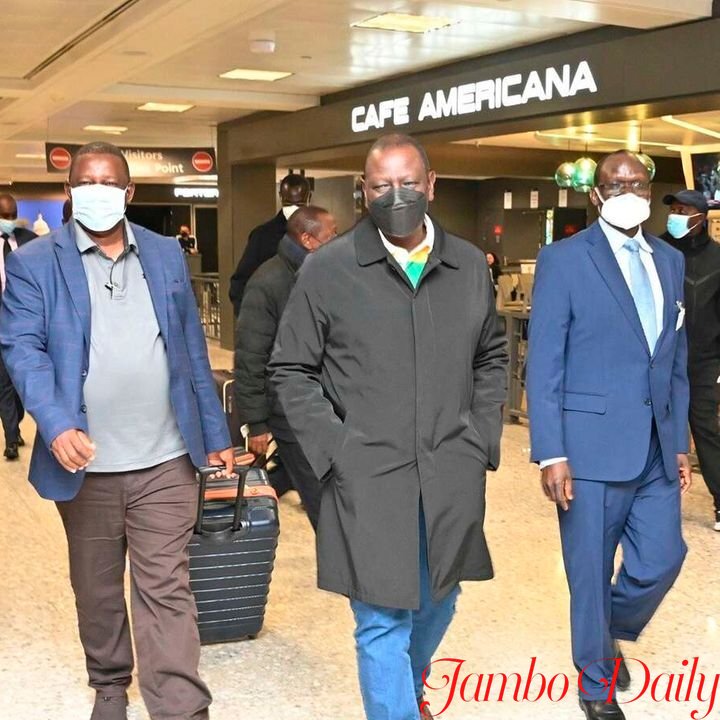 The deputy president is in USA for a 10 day tour in which he aims to strengthen his diplomatic relationship with the US ahead of the 2022 general elections. He is in the company of other members of the Kenya Kwanza Alliance including Musalia Mudavadi and Kwale governor Salim Mvurya.

The Deputy President, who also tagged along his wife Rachael Ruto will be out of Kenya’s campaign scene for the next 12 days. This comes after he has been doing rounds in the country for the last couple of months.

List of Principal Secretaries Sworn in by President Ruto

Nairobi Senator Johnston Sakaja allegedly left the country a few days ago to lay the groundwork for the Kenya Kwanza delegation ahead of their tour. Kirinyaga Governor Anne Waiguru is also  among those in the DP’s entourage.

Read Why Ruto-Allied Turkish Businessman Was Deported To His Country.

Western nations have vowed to support Ukraine against the Russian aggression. In his State of the Union address, US President Joe Biden criticized Russian President Vladimir Putin’s for repeatedly rejecting diplomatic talks with Ukraine

President Biden praised the spirit of the Ukrainian fighters and said that his administration will continue to provide military, economic and humanitarian assistance in coming weeks.

With Russia seemingly not giving up on pursuing her interests in Ukraine, the international community is putting more efforts in the intervention with anticipation that freedom will triumph over the tyranny.

Governor Mwangaza Vows to Pray for MCAs to Oust Evil…