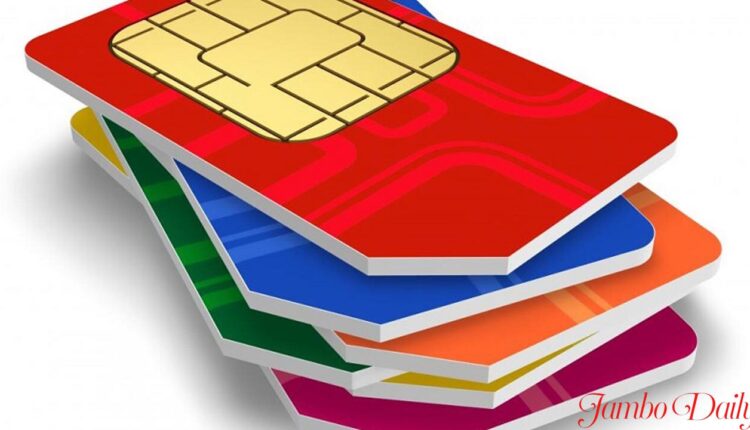 Why you Might Lose Your Favorite Sim Card Soon

In a bid to curb the fraudulent sim card registration in the country, Kenyans have been warned that if their Subscriber Identification Module (SIM) cards are not registered by the end of April, they would lose their lines, and telecoms services will be halted.

According to Julius Lenaseiyan of the Communications Authority’s Telcom Compliance, Licensing, and Standards division, “a notable number of unregistered SIM cards are being sold to people in the country by unlicensed companies and agents.”

The new restrictions are also intended to reduce fraudulent SIM card use and to keep subscriber information databases up to date.

According to CA, the majority of unregistered cards have been discovered among the elderly who purchased their mobile phones before 2015, when the rule was ineffectual.

According to the SIM card laws of 2015, mobile companies such as Safaricom, Airtel, and Telkom must re-register their subscribers by updating their information and including a digital passport size photo of the consumer.

“A person who wants to register a SIM card must provide verifiable registration details, such as a national ID for citizens and passports for refugees and other outsiders,” Lenaseiyan noted.

Telco companies have been ordered to comprehensively verify user identification documents with the Integrated Population Registration System (IPRS) as they conduct the registration.

According to the regulatory body, they will soon enforce compliance with the regulations by auditing the subscriber registration and management systems of Mobile Network Operators (MNOs) on a regular basis, as well as requesting quarterly and annual reports from the operators on their implementation of the new regulations.

During a media capacity building class for business journalists, a CA official said, “Hawkers and Agents who violate the regulations will also be arrested.”

According to the Communications Authority, while the process of registering SIM cards has been ongoing, it has become slow, with operators constantly requesting more time to consult with their customers.

As a result, the Authority is providing a deadline and encouraging operators to notify all their unregistered subscribers of its intention to suspend telecommunication services if they do not comply with the provisions of these regulations.