Wambui Wa Muturi is a seasoned Journalist who currently works as a presenter at Inooro TV, a station owned by loyal media services. She has also worked with other media houses including Kameme FM with interesting programs before taking up her current role.

This article looks closely into the life of Wambui, highlighting her age, career, education, current occupation, and family.

Wambui was born in Central Kenya and she is a Kenyan by Nationality and a Kikuyu by Tribe. Her exact date of birth is not in public knowledge. Details about her birthday will be updated soon. She hails from Laikipia County of Kenya. 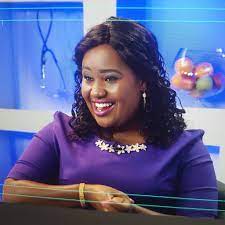 Wambui was Muturi attended a local primary school in his backyard where he sat for her Kenya Certificate of Primary Education. She then moved to high school before joining Magenta Media college to pursue a course in Journalism.

Wambui’s career has not been a bed of roses. After finishing college, and like any other graduate, she stormed out of her mother’s house to look for a job. She used to ‘hustle’ with some jobs paying her as low as Ksh 200 per day. In a recent post on Facebook, she revealed that after college, she used to work for payment of less than Ksh 5,000 a month. She revealed that before joining Kameme FM for a show, she used to do classifieds where each earned her Ksh 200, but she kept on Moving.

When Wambui landed a job at Kameme FM, she took up the role wholeheartedly and performed to the best of her abilities. This catapulted her name to the limelight and for once, she became a household name especially among the Kikuyus who are her listeners. After some time, she was poached by Royal Media Services to work for them at Inooro TV where she airs a program called ‘Dagitari’; a gospel show. She is currently one of the best Kikuyu presenters in the country and she continues to improve her career on daily basis.

She says that her life has been one of ups and downs and things have never been easy for her growing up. She encourages the youth to work hard for their own money instead of relying on ‘Microwave’ money. She said that she believes in God who provides and urged the youth to do the same. She also revealed that she used her first salary to buy a ‘Meko’ cooker for her mother. 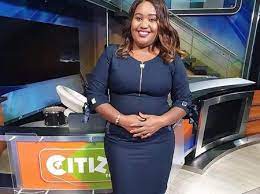 Much is not known about Wambui’s marriage status but she seems to have been married in the past, I will tell you why. Wambui has a son who is more than 4 years old. She has since revealed that when she was pregnant years ago, she was expecting twins. However, one twin didn’t make it out of the womb alive, the twin passed away 4 months into the pregnancy. He posted a photo of his son whom she calls CJ and adored him with many words, showering him with love publicly. She said she feels proud being a mother and wished her son all the best in life.

Wambui wa Muturi’s net worth is not in the public domain. Although much is not known about her wealth and properties, she is well off on financial grounds. Her net worth shall be updated soon.