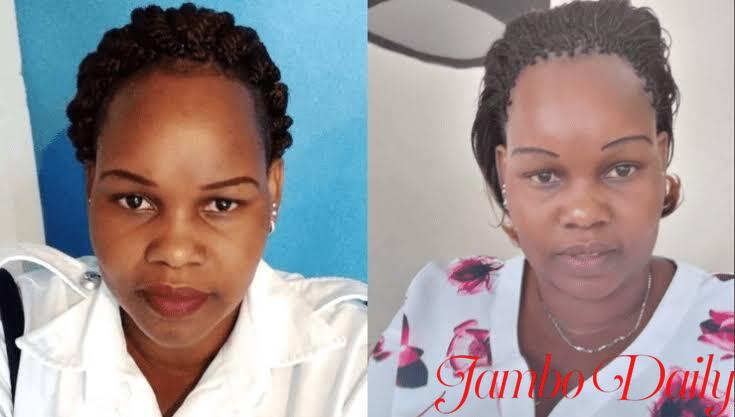 The cop was allegedly involved in the gruesome murder of two officers in Nakuru and Kiambu and went at large after police started hunting her down.

According to a report by The Standard, Kagongo’s body was found at her Parents home in Anin, Elgeyo Marakwet County. She died of self-inflicted gunshot wounds to the head at her parent’s home. This report was clarified by Rift Valley Regional Commissioner George Natembeya.

The DCI officers were hunting her down to help in investigations off the murder of her colleague and former police officer in Juja.

According to detectives, the Nakuru based cop shot dead her colleague, constable John Ogweno on July 5 before heading to Juja where she allegedly killed a former police officer Peter Ndwiga, 32 in a hotel room.

According to the attendants at the hotel, Ndwiga checked in to the hotel in the company of an unidentified woman (believed to be Kagongo) and booked a room on July 5 at around 4.30 Pm.

Kagongo was later spotted by CCTV exiting the room in the wee hours and fled to an unknown destination. Ndwiga’s lifeless body was later found on the bed.