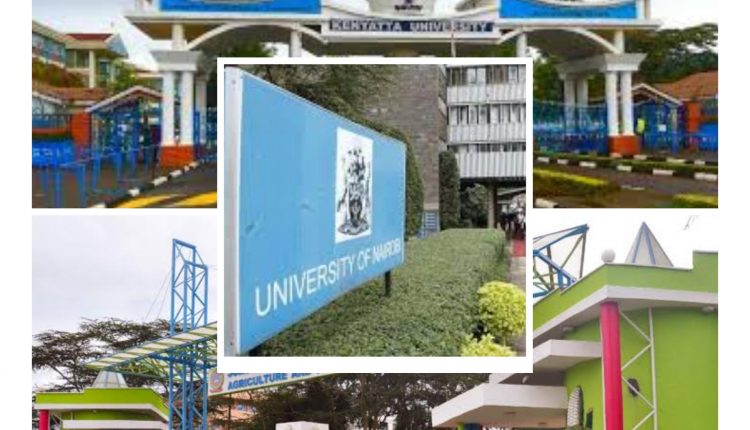 Over the last few years, the Government of Kenya has worked tirelessly to strengthen the education status in Kenya and increase human resources in the country while reducing illiteracy and primitivity among its people. One of the policies that have enhanced this move is the establishment of more public universities, Technical and Vocational Training Institutes, and National Polytechnics.

Today, Kenya has over 30 public Universities and over 30 universities owned privately. Similarly, there are hundreds of technical institutes and about 8 National polytechnics suited to offer various technical courses especially to students who do not attain the minimum university entry grade.

Public Universities offer a variety of programs ranging from diploma, undergraduate, and postgraduate degrees which include Masters’s and Doctorate degrees. Every student who scores a grade C+ at KCSE is eligible for placement to a university to study for a Bachelor’s degree under government sponsorship.

Since 2017, there has been an increase in the number of students joining universities after the minimum entry grade was lowered from a B to a lower C+ in 2017 by the then minister of education Dr. Fred Matiang’i. Before then, only a small fraction of KCSE candidates would make it to the university. The rest of the students would be pushed into technical colleges and national polytechnics to pursue various diploma and certificate courses.

The trend has since been changing with more students attaining the minimum university entry grade. In 2019, the improvement was great and this time, 125,747 candidates secured slots to join universities. In the most recent 2020 examinations, a total of 143,140 candidates scored C+ and above, signifying a great variance from the previous years. This implies more and more students are getting enrolled in our public universities as well as those privately owned.

This article outlines the public chartered public universities in Kenya and their abbreviations as of 2021.

Read List of Private Universities in Kenya, Nicknames, and Location

Note: The Universities are not listed in any order.