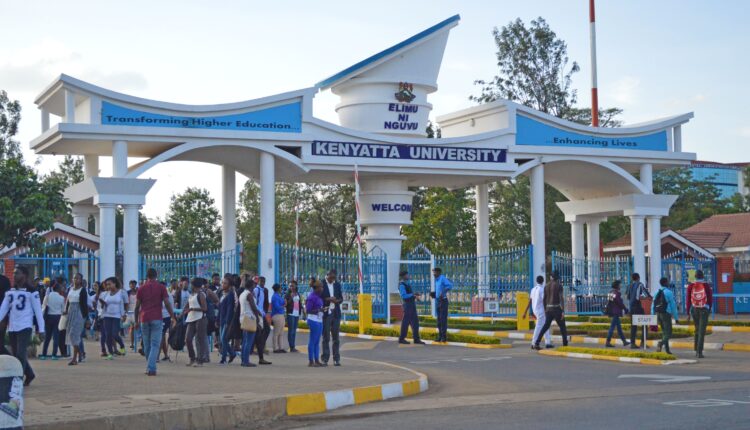 Universities are higher learning institutions in which studies for bachelor’s, master’s, doctorate degrees, and academic research is conducted. A university provides the essential facilities for teaching, research, and analysis, and is mandated to grant academic degrees.

Kenya has over 60 universities offering undergraduate and postgraduate programs. About 31 of these are public universities while the rest are privately owned.

For an institution to be classified as a university, it has to attain the minimum requirements for certification and approval by the Commission for University Education. The commission issues charters to officiate new institutions marked as universities.

Non-Chartered universities are issued with Interim Letters of operation pending approval by the Commission.

Here are the Top Ten universities in Kenya.

1. The University of Nairobi. (UON) 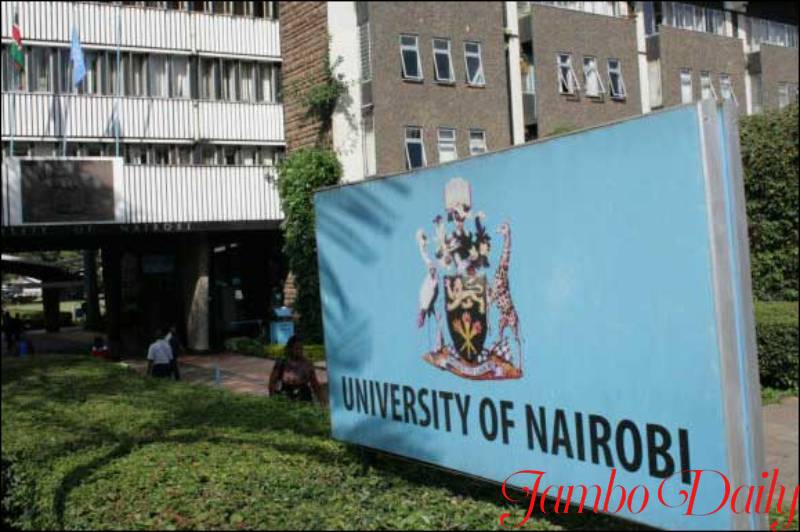 The University of Nairobi (UON) has maintained its position as the top university in the country once again. In a recent ranking by Webometrics, the University ranked at position one in Kenya, Position thirteen (13) in the continent, and position 1052 globally.

UON was founded in 1956 during the colonial era under the name Royal Technical College. It has since evolved through the years while changing its name and upgrading its status continually.

In 1964, the school was renamed University College Nairobi as a constituent college of the East African University, the present-day Makerere University which is located in Uganda.

The UON was therefore born and granted full university status as the first public university in Kenya, a glory that it has maintained till today.

The university’s main campus is located in Nairobi City, along University way with several other campuses and constituent colleges in various regions of the country.

It takes the merit as the only university with its main campus located within the Nairobi CBD. The institution currently holds a student population of over 98, 713 with over 1,300 foreign students. 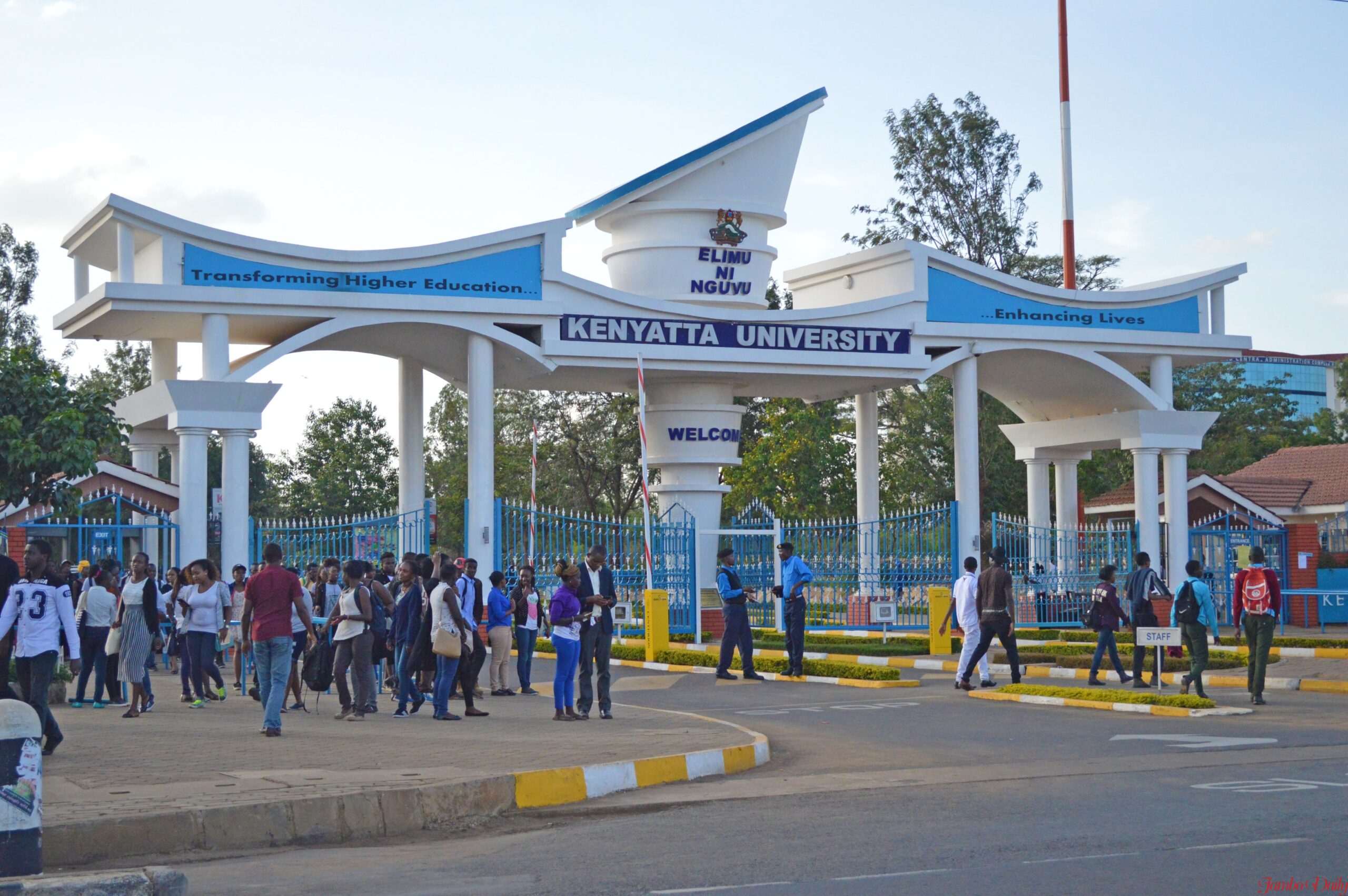 Kenyatta University (KU) features as the second-ranked University in Kenya. The University’s main campus is located on a 1,000-acre piece of land in Kahawa, Nairobi, along Thika Super Highway.

KU was founded in 1970 as a constituent college of the University of Nairobi by the name Kenyatta College. The college used to house the faculty of education, and students taking Bachelor of Education were placed to study at the campus.

Following an act of parliament in 1985, the mighty KU was granted full university status, becoming the third public university in Kenya after UoN and Moi university.

Currently, the institution holds a capacity of over 70,000 students, making it the second-largest university in the student population countrywide. In terms of infrastructure, Kenyatta University features the most developed facilities.

The most outstanding infrastructure at KU is the 6000 capacity Post-Modern Library, which is the largest university Library in East and Central Africa.

Additionally, the University has a Campanile, a unique bell tower that acts as the university’s museum, and the first of its kind in Kenya, East, and Central Africa. 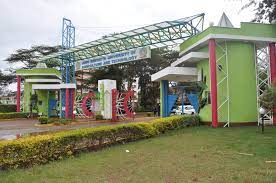 The Jomo Kenyatta University (JKUAT) is a public university that takes the lead as the best training center for Engineering Courses in the country. The University’s main campus is found in Juja, Kiambu County along Thika Super Highway, 36 Kilometers east of Nairobi City.

JKUAT was founded in 1981 as Jomo Kenyatta College of Agriculture and Technology. In 1988, the then-president Moi declared JKUAT as a constituent college of Kenyatta University. JKUAT was termed a fully fledged university in 1994 following an act of parliament.

Currently, the university produces the most competent graduates in Engineering, Technology, and Agriculture and has been ranked as the most preferred university in Kenya over the last few years.

Strathmore University is the fourth-best university and the best private university in the country. The university’s main campus is found in Madaraka, Nairobi-Kenya.

The school started as Strathmore college back in 1961 as the first multi-racial, multi-religious advanced-level sixth form training center, offering science and arts subjects.

The University is catholic based, majoring in Business and accounting courses. Currently, it produces half of CPA finalist students in the country. 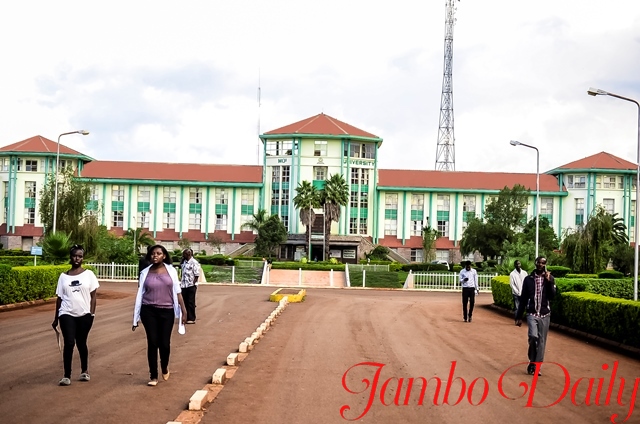 Moi University is located in Kesses, Uasin Gishu County in the Rift Valley Region of Kenya. It is the second established university in Kenya after the University of Nairobi.

It was granted university status in 1984 through an act of parliament from the McKay Commission. The university was formerly ranked as the third best university in Kenya but has since dropped due to various challenges facing the management. 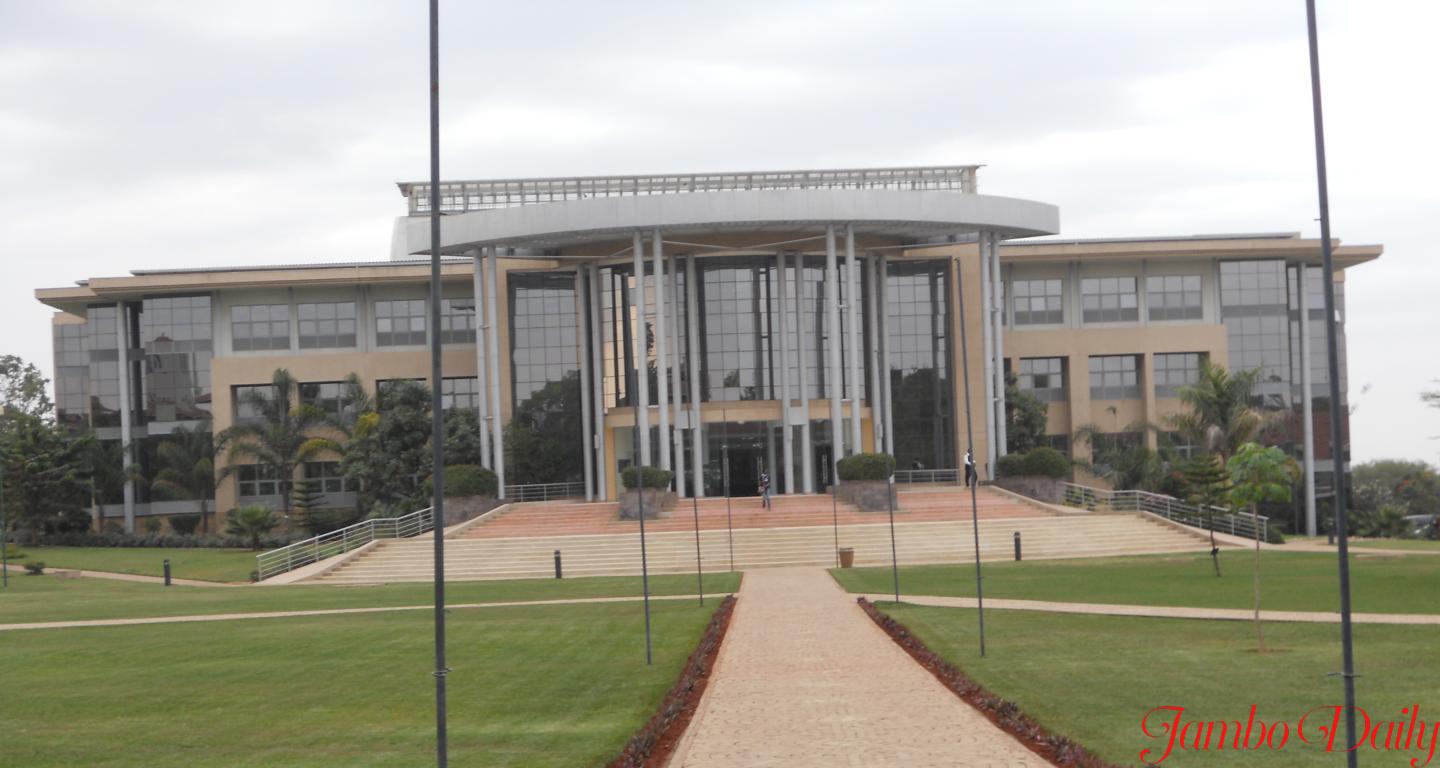 The University was established in 1969 as the Nairobi campus of USIU San Diego’s Main Campus. However, in 1999, the campus disengaged from its mother university and established itself as an independent university by the name USIU Africa is it is known today. 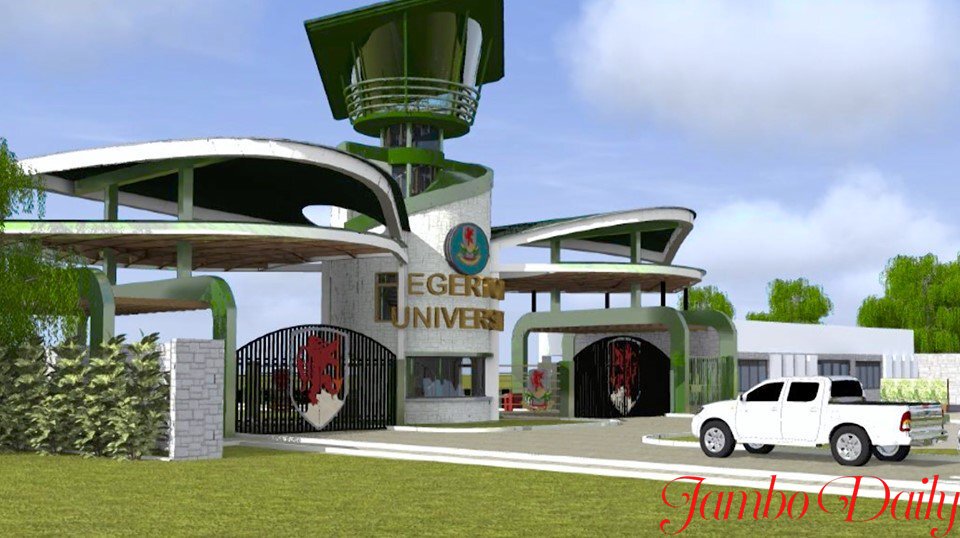 Egerton University has its main campus located in Njoro, approximately 25 kilometers from Nakuru township. It is an Agricultural based school that was established in 1939 under the name Egerton Farm School, making it the oldest institution of higher learning in Kenya.

In 1955, its name was modified to Egerton Agricultural College and was named a constituent college of the UON in 1979. In 1987, the institution was granted full university status and named a public university. 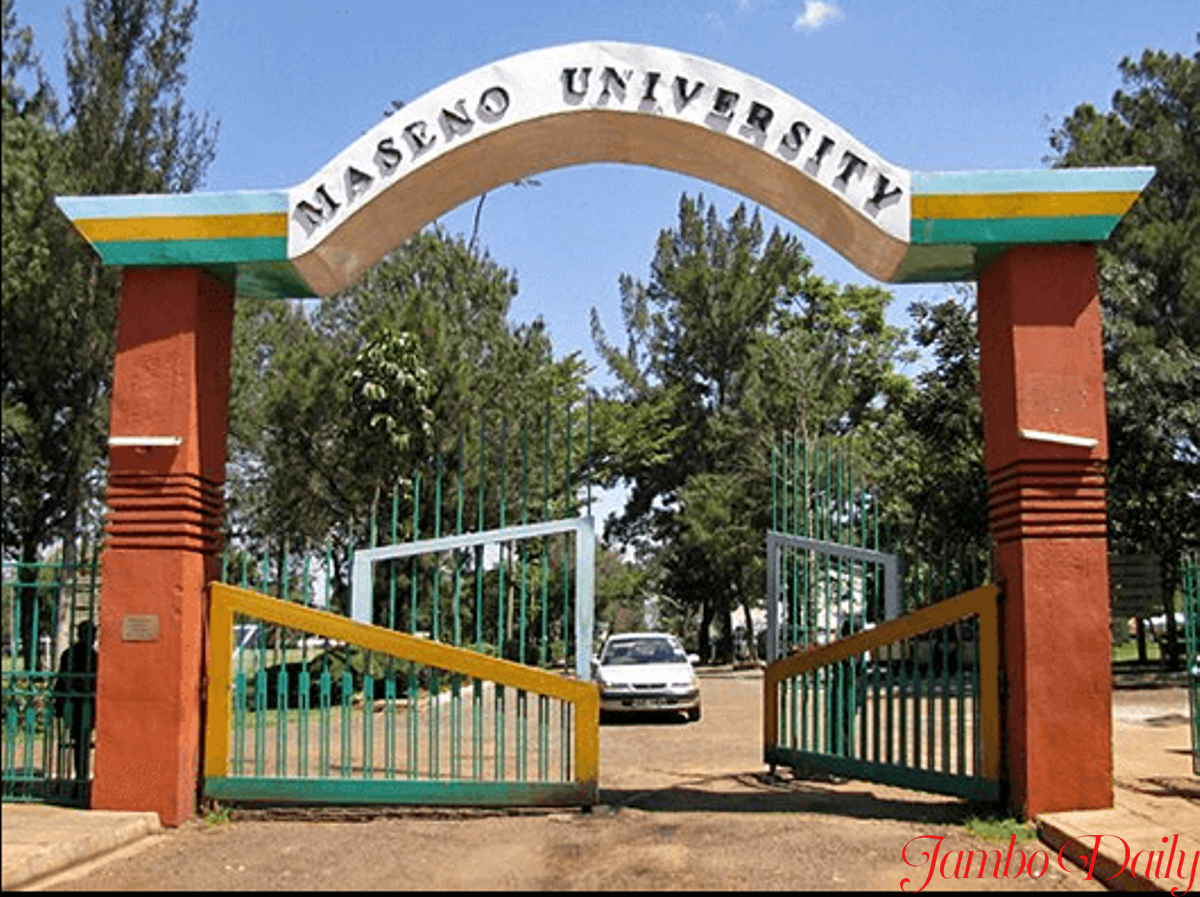 Maseno University is located in Kisumu, Kenya. It is one of the best public universities in Kenya as of 2022.

In 1991, Moi University established a constituent college in Maseno, Kisumu to teach various science, arts, and medical subjects. Due to its thriving nature stirred by large student enrollment and strategic location, it was granted a university charter in 2001.

Currently, the university has over 10,000 enrolled students and continues to expand daily. 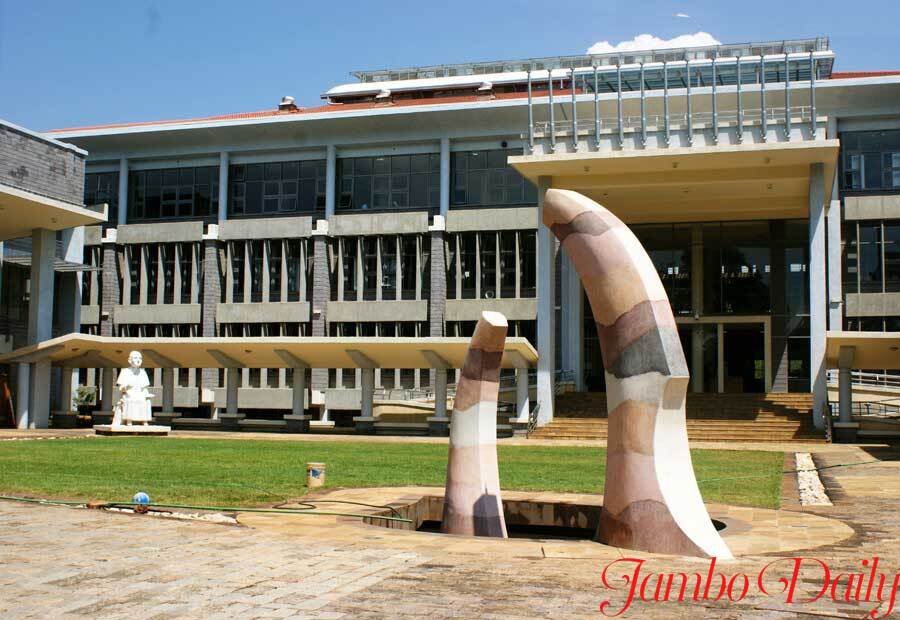 Founded in 1984 as a graduate school of theology by the name Catholic Higher Institute of Eastern Africa (CHIEA), the college gradually progressed to offer various degree programs.

The institute was granted a university charter in 1992 and rebranded to the Catholic University of Eastern Africa. 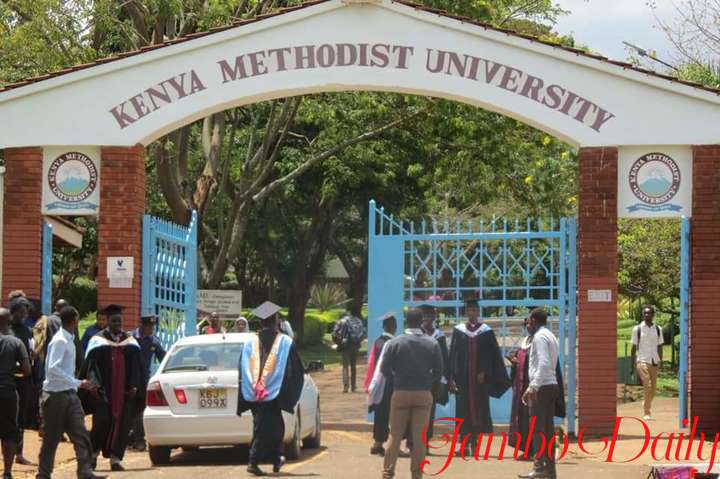 KEMU became a fully-fledged university in 2006 after it was granted a Charter by Commission for University Education (CUE).

This list was made according to recent university rankings by both Unirank and Webometrics. Private universities are now taking up positions as top-ranking universities not only in Kenya but in Africa and the world.

Therefore, Public universities to put in place more strategies to alleviate their positions if they have to remain at the top.