President Uhuru Kenyatta yesterday ordered a waiver of the Ksh 5,800 registration fee for all bodaboda operators in the country. The operators, in 60 days, effective march 21st are required to register their motorcycles, form SACCOs and obtain smart licenses for them to be in business.

Interior cabinet secretary Dr. Fred Matiang’i said the waiver was done to ensure no one has an excuse not to register and be compliant. The cs said that all Huduma centers across the country will register the riders and facilitate them with the required documents 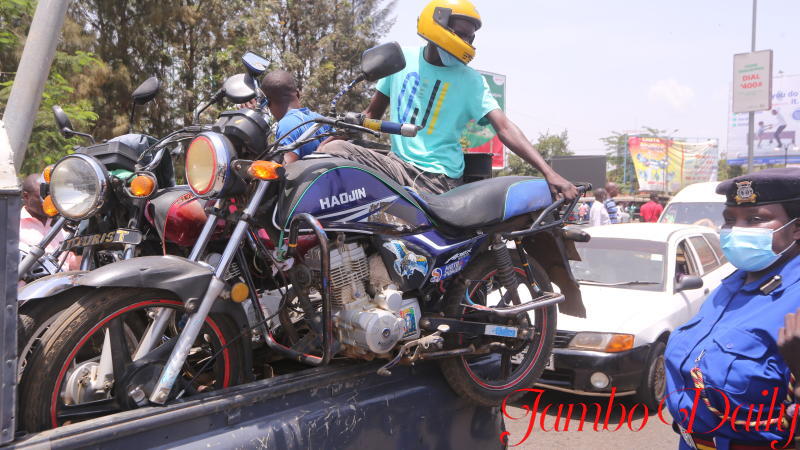 Inspector general of police Hillary Mutyambai warned the unruly bodaboda operators indicating that the police service would not seize in performing their duties.

Permanent secretary in the state department of the interior, dr Kibicho insisted that a majority of the bodaboda operators are genuine and can be trusted but only a few rogues who need to be done away with

Meanwhile, the directorate of criminal investigation has since identified the key suspect in the heinous crime where a woman motorist was sexually harassed and molested by rogue bodaboda riders as Zacharia Nyaora. Nyaora is a resident of Mukuru Kayaba informal settlement who is still at large.

Detectives from the directorate of criminal investigations had earlier on launched a manhunt against him, tracking him down at the slum settlement. unfortunately, the miscreant got wind of the detectives’ action and escaped through a tunnel infested with raw sewage to an unknown destination.

Detectives have vowed not to stop in their quest until they nab the suspect.16 of his accomplices were on Wednesday presented before the Milimani law courts and charged with assaulting the lady driver.

As the government turns its eye to the bodaboda sector in a bid to restore sanity, the riders have been urged to comply with the new directives in order to be on the safe side of the law.

A section of Boda Boda riders has shown remorse for what happened. A photo shared online by Chara George (@GeorgecharaG) showed a section of the operators with placards stuck on their backs with the words “we are sorry”. This indeed indicated that some of the operators are ready to embrace change and comply with the regulations.