Prof. Paul Kuria Wainaina is a Kenyan Academic Administrator and the current vice chancellor of Kenyatta University (KU). He rose to the position on 26th January 2018 after serving in acting capacity for two years.

Wainaina replaced former KU Vice Chancellor Prof. Olive Mugenda whose term expired in 2016. He is an accredited professor of Education majoring in Philosophy of Education.

This article takes you through the biography of Paul Wainaina, highlighting his educational and career background, and personal life.

Paul Wainaina was born in Central Kenya with his exact date of birth not known to the public.

He hails from the Kikuyu Community who mostly occupies central Kenya and parts of Rift Valley especially Nakuru.

His Thesis for Masters degree is “Educational Implications of the Metaphysical Controversy Between Free Will and Determinism: With Special Reference to Moral Education in Schools”. He specialized in studying Philosophy of Education.

In addition to that, he holds a Doctorate Degree (PhD) in Philosophy of Education from the University of Alberta, Canada which he acquired in 1985. The Thesis for his PhD Dissertation is: “A Critique of Utilitarian Justification of Education”.

He has also undergone training related to University management between 2012 and 2015 as follows:

2015: Training on Leadership in Management of Research Innovation.

2015: Training on retirement Benefits scheme for University Staff at Whitesands Hotel, Mombasa (as a trustee).

Upon completing his education, he began teaching as a Lecturer at Kenyatta University in 1985. In 1987, he joined Moi University and was promoted to a senior lecturer teaching Philosophy of Education.

As from 1997, Paul Wainaina was a full professor of Education at the University of Namibia where he stayed until 2004. At Namibia University, he served as the dean of Faculty of education for five years. He also served as the chairman of department, Educational foundations and co-directed as project of upgrading the university between 2002 and 2003.

In October 2009, he was appointed to stand in for the vice chancellor for a period of 166 days as the academic and administrative head of Kenyatta University. In March 2016, the then KU Vice chancellor, Olive Mugenda’s term ended and he was appointed the acting Vice Chancellor. He served in that capacity until February 2018.

In March 2018, he was officially appointed the Vice Chancellor of Kenyatta University. His first term in office ends in march 2022 after which he shall be eligible to vie for second term.

Wainaina oversaw the construction and completion of Kenyatta University Flyover Connecting Nyayo Hostels Zone to the main wing of the University. The flyover construction was sponsored by the International Amateur Athletics Federation (IAAF) athletics body which held an event at the University in 2017. He also founded the center for women empowerment and National Phyto therapeutics research center at the University. 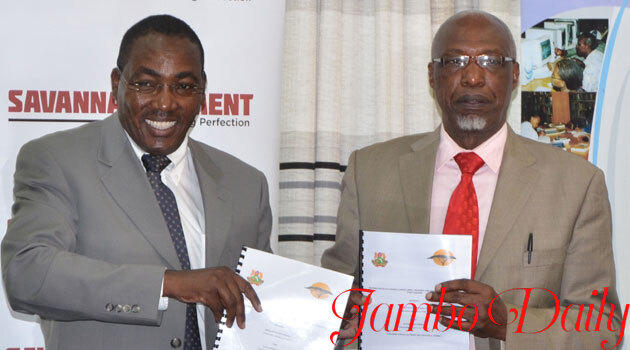 In his professional career, Wainaina has done several research projects and dissertation that have been published on major global journals. He has authored several books and articles that are outlined in detailed form in his Curriculum Vitae. You can view his CV here.

Some of his books include:

Some of the articles he has written include:

These are just a few of the books and articles he has authored, you can view his full CV on this link. http://education.ku.ac.ke/images/stories/docs/ProfPWainaian0119.pdf

Details about Wainaina’s Family, Wife and Kids are not currently available to the public. This article shall be updated as reliable information is found.

His exact net worth is not currently known but he is worth millions.