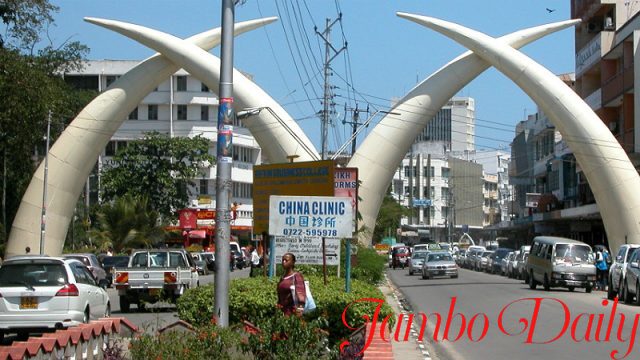 Most Interesting Facts About Mombasa City

This article outlines a list of the most interesting facts about Mombasa city. Mombasa is a port city in southeastern Kenya on the Indian Ocean.

In Kenya, the town is known as the “white and blue city.” According to the 2019 census, it is the country’s oldest and second-largest city, with approximately 1,208,333 inhabitants.

There is so much to learn about this coastal Kenyan city, including the origins of its rich, culturally diverse life, the stories behind its myriad monuments and historical sites, and, of course, why those iconic tusks are resting right in the middle of the road.

1. It was Once the Country’s Capital

Despite the fact that Nairobi is now the country’s capital, Mombasa was once the most powerful city in the country. From 1887 to 1906, Mombasa was the capital of Kenya’s Protectorate. It was later relocated to Nairobi and has remained there ever since.

2. The Mombasa Kilindini Harbour is one of the Naturally deepest harbours worldwide

It has a long history of being noted for having a naturally deep harbor. All international cruise ships and cargo ship arrivals have a suitable landing spot here. It is a wonderful destination to visit and experience the harbour’s immense economic richness and importance, not only to Kenya but also to other East and Central African countries who rely on it for their imports and exports.

3. Fort Jesus was a Key player in 9 battles of aspiring Kenya Imperialists.

Any fort built in the 16th century has undoubtedly seen its fair share of battles. Fort Jesus played an important role in nine different battles between nations vying for control of Kenya’s coast, including Portugal, England, and Oman. (During those years of upheaval, Mombasa earned the moniker “island of war.”) The fort was designated a UNESCO World Heritage site in 2011 and now serves as a museum.

The symbolic elephant tusks at the entrance of Mombasa town perhaps should top the list of the most interesting facts about Mombasa, though anonymous. Mombasa is well-known for its massive aluminum elephant tusks that span busy Moi Avenue.

These tusks, however, were not just for show. They were built to commemorate Princess Margaret’s visit to Kenya in 1956 when Kenya was still a part of the British Empire.

5. The City was a center for the slave trade

The city was one of the most important slave-trading ports for much of its history. This flourished for a lot longer before gradually dying out in the mid-nineteenth century.

Shackles are still visible throughout the city as a reminder of the trade. There’s also a bell that still works, which was used to alert locals to passing slave ships.

6. The City’s founding date is not known

Kenyan schoolbooks indicate that as early as the 10th century, Old Town Mombasa had settlers. Arab scholars mentioned the city several times in texts dating from the 12th to the 14th centuries. Mombasa is unquestionably one of the oldest cities in Sub-Saharan Africa, irrespective of when it was founded.

Particularly, the Mombasa old Town is a historically significant feature. The town, which has Arabic architecture, is undoubtedly a sight to behold for anyone who has not yet visited. Not to mention the Portuguese architecture in the area. Its narrow lanes, which are famed for their fragrant air, are a key draw for visitors to the island.

7. It has a strong historical background

Mombasa, Kenya is a historically significant location in Kenya’s historical theory. It’s well-known for its turbulent historical past. In the past, the coastal town was the site of many inter-dynasty battles.

It was home to the most robust of ocean trades in its early days, and it was mostly reviewed for its enormous economic importance. Providing products from the outside world to the town’s early residents and governing families.

For instance, the Jumba la Mtwana, which is one of the historic sites in Mombasa, is well-known for its historically guarded connections. To begin with, the views from the ruins of an old historical building are breathtaking.

This is a spot you can’t afford to miss if you’re visiting the island because it’s famous for sea turtle hatcheries. Many people who have visited the area describe it as an incredible journey through history.

8. Mombasa was once a major trading hub

Mombasa was once a major trading hub for gold, ivory, coconuts, sesame, and other spices. The city’s trading activity aided in the integration of Europe, India, and China. Because there were so many goods passing through the area, the city decided to grow a lot of them on its own.

9. It has one of Africa’s largest Jain populations.

While the majority of Mombasa’s residents are Muslims, the city also has one of Africa’s largest Jain populations. The religion has been practiced in the country for over a century, and in Mombasa, there is an elaborate temple dedicated to it that is the first of its kind outside of Asia.

Similarly, the Mandhry Mosque, which is also located in Mombasa’s old town, is historically significant. It’s a fascinating destination to see for anyone who is interested in religious history and even religion.

10. It has one of the best beaches in the world (Diani Beach).

Mombasa is most recognized for its magnificent white sand beaches, which are well-known throughout the world. It also houses the island’s most luxurious hotels.

The Diani beach also features some of the best sunset views on the island, with visitors able to watch the sunset over the ocean, which is a sentimental experience for many.

Another compelling incentive to visit Diani Beach is to participate in kitesurfing. Surfing over the magnificent clear blue waters is a sport that is sure to get your adrenaline pumping.

The palm trees that line the beach provide a unique panoramic view of the surrounding natural environment. The presence of Diani Beach in the cost is among the most interesting facts about Mombasa

Note: Oman is a country in Western Asia that is officially known as the Sultanate of Oman. It stretches from the southeastern coast of the Arabian Peninsula to the Persian Gulf’s mouth.

Oman is bordered on the land by Saudi Arabia, the United Arab Emirates, and Yemen, and on the sea by Iran and Pakistan.

This has remained the most scarce, yet among the most interesting facts about Mombasa City and its history.

In Mombasa, music is extremely important in daily life. Bango, Chakacha, and Mwanzele are popular sounds in the city.

It’s also known for Taarab music, which originated in nearby Zanzibar (pictured above). These sounds can be heard echoing throughout the city at night from the city’s vibrant bars. The music factor alone adds value to the most interesting facts about Mombasa.

13. The Mombasa Marine Park is located in Mombasa, Kenya.

It is regarded as a stunning ocean location in the area. The island’s crystal blue seas, white coral leaves, and lush sea vegetation can all be seen from the glass-bottomed boats that serve the island’s beach waters.

The park’s diverse selection of sports activities is also noteworthy. Due to the clear seas, scuba diving is particularly popular in these parks. As a result, a large number of local and international tourists are drawn to these types of activities.

14. Haller Park, a Magnificent natural scenery is located in Mombasa.

It’s a beautiful and unique portion of the town on the coast. It is, without a doubt, the island’s most popular tourist destination. Its well-preserved wildlife, natural parks, and gardens give a tranquil, luxurious setting that can be a welcome respite from the hustle and bustle of other locations. It has several unique activities to accompany it, such as the extremely memorable tortoise riding locations and the well-known horse rides.

15. The first European to step on it was Vasco da Gama.

Vasco da Gama, a famous Portuguese explorer, was the first European to see Mombasa in 1848. The Portuguese apparently liked what they saw so much that they returned two years later to sack the city.