Most Expensive Roads in Kenya.

You will find the list of the most expensive roads in Kenya here.

Over the last few years, Kenya has invested heavily in infrastructure with an aim of improving the country’s economy which has been growing steadily over the years. One of the most fundamental infrastructures that the Kenyan government has invested in is the construction of roads and highways to enhance the swift movement of people and goods from one location to another.

This has been achieved through three authorities that are tasked with overseeing the construction and Maintenace of various roads at different levels in the country. These include Kenya National Highways Authority (KENHA), Kenya Urban Roads Authority (KURA), and Kenya Rural Roads Authority (KERRA).

This article outlines the most expensive roads in Kenya as of 2022, highlighting their length in Kilometres, cost and year of construction or completion.

This is an upcoming project and arguably the most expensive road that is expected to cost the government a whopping Ksh 160 Billion. The highway is expected to stretch for a distance of 233 Kilometres from Nairobi all the way to Mau Summit.

The road is expected to widen the existing Rironi-Mai Mahiu-Naivasha road as well as a partial upgrading of the old Nairobi-Nakuru Highway. Its construction commenced in September 2021 and is expected to be completed in 2 years’ time. The contractors will then take control of the road and charge a toll fee for a period of 30 years until they recover their money. 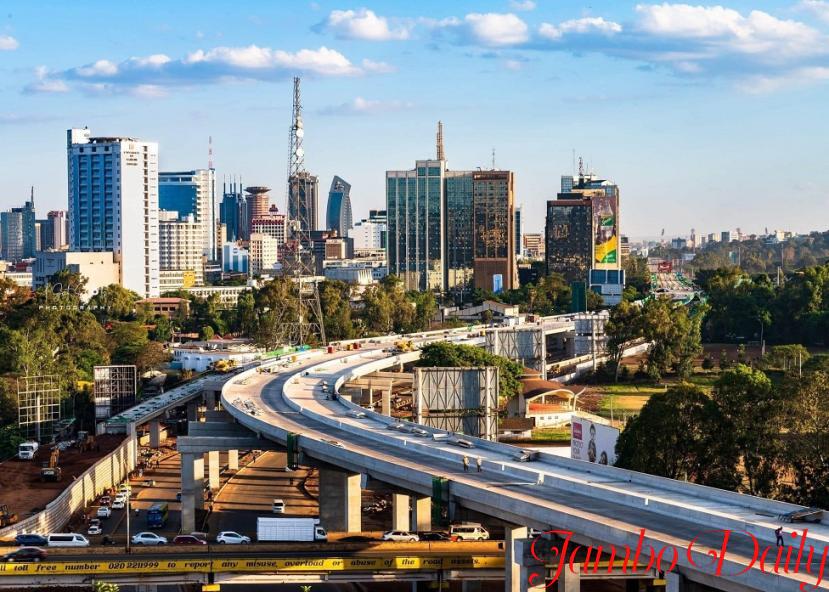 The Nairobi Expressway, which is currently the talk of the town is expected to stretch from Mlolongo through JKIA and Nairobi CBD to Waiyaki way in wetlands, covering a distance of 27 Kilometres.

The Iconic expressway is expected to cost a whopping Ksh 65 Billion. The China Road and Bridge Corporation, which is constructing the highway shall charge a toll fee of Ksh 300 per day for 27 years to recoup its money before rendering the road to the state.

The road, which is being constructed by the Kenya National Highways Authority KeNHA shall connect Kitale-Kapenguria-Lokichar-Lodwar-Kakuma and Lokichar Town, covering a distance of 30 Kilometres.

The 120 Kilometre road project running from Kenol market to Sagana shall connect The Nothern Corridor to Thika and Nairobi and the ongoing Lamu Port-South Sudan-Ethiopia-Transport (LAPSSET) project.

This road stretches for approximately 9 Kilometres and was constructed to ease traffic congestion at the Likoni Ferry. President Uhuru commissioned the completed phase one of the project in 2018 and the phase two is yet to be unveiled.

The 192 Kilometre road which is part of the Nothern Corridor Transport Development Project is being constructed by a Chinese Firm. The road shall pass by Kitui and Makueni counties, tracing its roots from Kibwezi to Migwani.

The 29 Kilometre road which stretches from Nairobi-Mombasa Road junction to Likoni road shall be mainly used by freight trucks. It will allow motorists from Mombasa Road heading to Western Kenya to bypass Nairobi CBD, and is therefore known as southern by-pass.

This is an infrastructural development project between Kenya National Highways Authority (KeNHA) and China Communication Construction Company Ltd with an aim of constructing the Lamu-Ijara Garissa road and several link roads associated with it.

The road begins at Lamu county and heads to Garissa and shall cover a distance of 453 Kilometres. It is with no doubt one of the most expensive roads in kenya.

In a bid to improve the performance of the Waiyaki way, the Kenya National Highways Authority pioneered the project of expanding the 25 Km James Gichuru road into a superhighway with a dual carriage. The road construction was completed in 2020 and its operations commenced immediately.

The 16.7 Kilometre road construction commenced in March 2019 with an aim of constructing several interchanges, overpasses and underpasses from Gitaru in Kiambu to Ruaka.

The China Road and Bridge Corporation (CRBC) was contracted to put up the road which cost a total of Ksh 17.3 Billion to construct.

The 11-kilometre road which links Miritini-Mwache Road is among the most expensive roads in Kenya. It was constructed at a cost of KSh 1.15 billion per kilometre, amounting to Ksh 12.6 Billion.

With no doubt, these are the most expensive roads that Kenya has constructed as of 2022. The China Road and Bridge Corporation seems to have won the trust of the government as it is awarded most of the big projects with a blend of other Chinese and Kenyan companies competing for the rest.