Henry Desagu is a Kenyan comedian who has been in the comedy industry since 2019. He came into the limelight when he did a video of him speaking in ambiguous English, which went viral all over social media.

In the video, Desagu is seen to be addressing a public issue while employing ambiguous vocabularies which hardly any of his fans could understand. Fans went ahead to share the video on Facebook, Instagram, and WhatsApp statuses and soon everyone in the buzz was talking about him.

Today we look at the biography of Henry Desagu, famously known as the prince of Mwihoko, to establish where it all started. 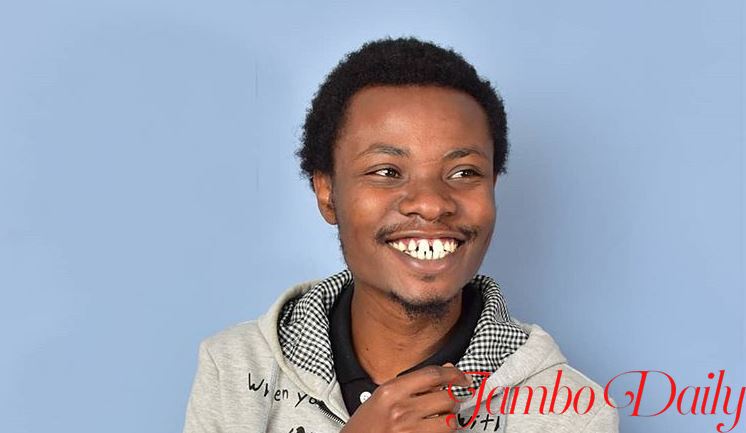 Desagu was born in Mwihoko, Ruiru constituency, and  Kiambu county of Kenya. He was brought up by parents who always wanted him to succeed by picking a good and marketable career either in medicine, law, or economics. Little did they know that he would become a famous and highly paid comedian in Kenya. He later lost his father and is now left with his other whom he talked care of from the proceeds of comedy.

He went to Menengai high school where he started involving himself in drama and acting clubs. When given roles to play and he would perform excellently, which made all eyes fixed on him as an upcoming artist. However, his parents were not so much pleased with Henry’s take pertaining to stage performance and comedy.

Instead, they only wanted him to take “serious” Careers like; law, medicine, and economics. After High school, Henry Desagu joined Kenyatta University for an undergraduate degree in economics after which he started doing comedy on Youtube. To the joy of his parents, he completed his degree in economics and graduated.

He started his comedy career while in University by creating YouTube videos talking about society’s morals. In his videos, he kept on urging Kenyans to vote wisely in the elections to avoid regretting later after voting in bad leaders.

One of the videos that hit the headlines was talking of relationship matters in the case where people cheat on each other. “Team Mafisi” was the title he gave to the skits he did concerning the topic.

He has been doing so well in the industry, which has seen him receive several brand endorsements and advertisement deals, driving tons of income into his bank accounts.

Who is Henry Desagu’s wife?

Desagu has a girlfriend by the name Jackie Mbugu who is an actress and a model. Together, the two are blessed with a child. They keep their dating life low key but they are not in a private relationship.

Desagu Salary and Net worth

His average monthly salary is 500,000 to 800,000 shillings from his various income avenues like YouTube, cooperate events and emceeing.