This article contains a list of governors supporting Ruto in his 2022 presidential bid.

The deputy president of Kenya William Samoei Ruto has been on the campaign trail for the last 2 years popularizing his 2022 presidential bid. Ruto, who enjoys the majority of supporters from the rift valley region of Kenya has since spread his wings and amassed a number of supporters from other regions of the country including the Mount Kenya and Coastal regions.

Currently, a number of governors have declared to support him in the 2022 general elections where he aims to clinch the presidency. However, his fierce opponent Raila Odinga enjoys the support of the majority of governors than him. This does not seem to deter him as he has been making rounds up and down across the whole country in a bid to seek backing from “common mwananchi” as he terms it.

Uasin Gishu and Nandi Governors Jackson Mandago and Stephen Sang are among the governors supporting Ruto in his 2022 presidential quest.

His manifesto features the Bottom-Up Economic Model that he has been popularizing ever since he started his presidential pre-campaigns. His mode of governance suggests a bottom-up approach to solving economic problems in the country by lifting the economic status of the people with low social status.

These people according to him are Hustlers who need to be empowered by giving them the means to earn a living through different approaches. Some of the approaches he has been using include issuing wheelbarrows to young men, building sheds for mama mbogas, and issuing Boda Bodas to young men in order for them to hustle and sustain their lives. He has since been nicknamed hustlers clerk in a bid to associate himself with people at the bottom.

Here are some of the governors supporting Ruto in his 2022 presidential aspirations.

Since the year 2021, Anne Waiguru has been a staunch supporter of William Ruto in his political aspirations. This came after she ditched Jubilee Party, which she used to vie for governor as well as Raila’s Azimio la Umoja campaign. She has declared support for Ruto and has been accompanying him in his tours across the country. 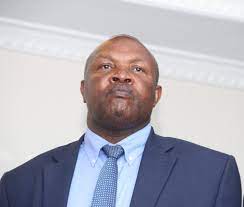 Paul Chepkwony, who is the current governor of Kericho county has declared his support for the second in command come 2022 general elections. Since joining politics, he has always been associated largely with the deputy president and has been supporting his moves, With no doubt, it was obvious he would back ruto in his quest for the presidency.

Hillary Barchok took over the governorship of Bomet County after the death of former Bomet Governor Joyce Laboso in July 2019. Bearing in mind that Bomet County lies in William Ruto’s stronghold, it was expected that the governor would back ruto for the presidency. However, Barchok is not a famous figure in Kenyan politics and is still building his ground in the political arena.

The governor of Nandi Stephen Sang is also among the governors supporting Ruto in his presidential quest. He is one of the governors from the rift valley region who have always stood by the deputy president including in 2020 when his county failed to pass the BBI motion in line with Ruto’s stand.

Read List Of Counties in Kenya, Their Governors, Codes and Population 2021

Charity begins at home. Bearing in mind that the deputy president hails from Uasin Gishu County, it is only wise for the governor to support him. Jackson Mandago has declared unwavering support for the deputy president in his quest to occupy the house on the hill after Uhuru Kenyatta Vacates.

And certainly, the least expected name on the list of governors supporting Ruto is Josphat Nanok, the governor of Turkana County. He has been associated with ODM leader Raila Odinga in the past and was one of his closest allies. However, tables seem to have turned now and he has declared his support for the son of Sugoi. Notably, he has served as the chairman of the Council of governors before leaving the office to Wycliffe Oparanya who was later succeeded by Martin Wambora of Embu, who is backing Raila Odinga.

These are some of the governors who have openly declared support for the deputy president. While things continue to unfold as we approach the August 9 general elections, we expect some changes to occur. Some governors have also not announced who they will be supporting, but since the 2022 presidential election is clearly a two-horse race, we expect them to join either Raila or Ruto’s camp.