Betty Kyalo is a Kenyan media personality, news anchor, socialite and a businesswoman who was recently working for K24 TV. She quit TV in May 2020 to concentrate on her personal businesses.

Recently, she was contracted to play a role with Miramax Films, an American entertainment company based in Los Angeles, California, known for producing and distributing films and television shows. She was appointed the official unit publicist for the worldly acclaimed film, Half Chance; The Great Gamble.

She was born on March 15, 1989, in Kajiado County but grew up in Ongata Rongai and Kahawa West in Nairobi. She  is the second born in a family of four, an elder brother and two younger sisters.

Kyalo started her education at Olerai Primary School after which she transferred to Uhuru Gardens Primary. After  completing her  primary level education, she joined Kangundo Girls High School.

She later enrolled at Daystar University for a bachelor’s Degree in Mass Communication, graduating in 2009.

Betty is among the few lucky graduates to secure a job immediately after graduation. Upon completion of her internship program at KTN, she was employed as a news anchor by the same media house. She worked there for sometime then shifted to K24 TV where she gained massive followers on her shows and social media channels owing to her wonderful anchoring skills.

Betty Kyalo would later quit mainstream media to start her own YouTube channel. She started interviewing famous personalities on her channel and showcasing her daily life activities, a move that saw her gains thousands of followers and subscribers on her YouTube channel.

Betty Kyalo exchanged vows with journalist Dennis Okari in and exclusive wedding held at Marula Manor in Karen. Media personalities were barred from accessing the premises but eventually, the wedding trended on social media .The marriage led to birth of a daughter who they named Ivan Okari.

Unfortunately, after six months of marriage, Betty filed a divorce with Denis Okari after having some complicated issues in their marriage. Prior to that, Kyalo had busted Okari cheating on her with a fellow journalist, this worsened the situation and nearly ended their affair. Allegations later revealed  that Okari had a secret baby mama, a revelation that left Betty without an option but to quit the union.

In July 2021, Betty was seen having some good time with Nick Ndenda where betty was walking to a room romantically decorated with flowers and rose petals. The rose petals were sprawled on the floor including on the bed where they were patterned to make a heart shape. She came out on social media and thanked him and quoting from his instagram post:

“Came home to this ❤️❤️❤️❤️ I’m lost for words. Thank you baby what a date night! I’m happy. You make me happy. I’m blessed to have you. @nick_ndeda. I always see this on other people’s Instagram handles but tonight it’s me,” wrote Betty Kyallo. 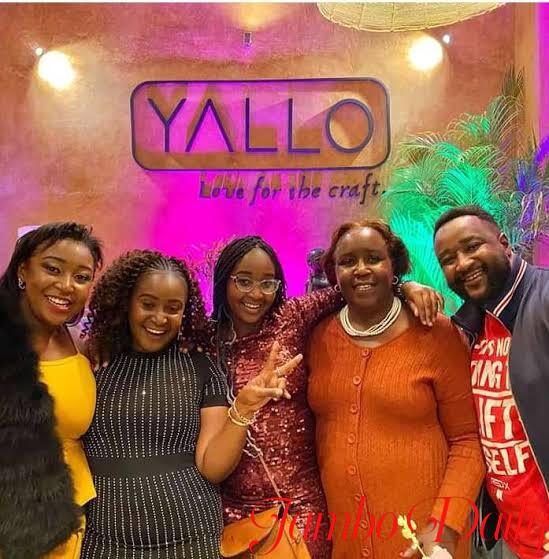 In 2020, Betty was crowned as the TV/Online Influencer of the Year at the Inaugural 2020 Africa Digital Influencer Awards (ADIA). During the same year, she was named among 100 Most Influential Young Africans by Africa Youth Awards in collaboration with Avance Media. In 2018, she  was voted as the Journalist of the Year by Kenyans on Twitter.

Bety is a wealthy woman who lives a lavish life. Her estimated net worth is over 7.9 million Kenyan shillings. Her sources of income include media and her beauty parlour.

Despite being such a vibrant media personality, Betty has her dark side of the story too. She went viral on video after she was seen kissing and romancing a guy who was known to fund Club Covid. Instead of applauding her, netizens and the media accused her of misleading those who look upto her.

It was also alleged that she was dating Governor Hassan Joho , she admited dating Joho and that she was the one who funded the honeymoon and the buying of his car.